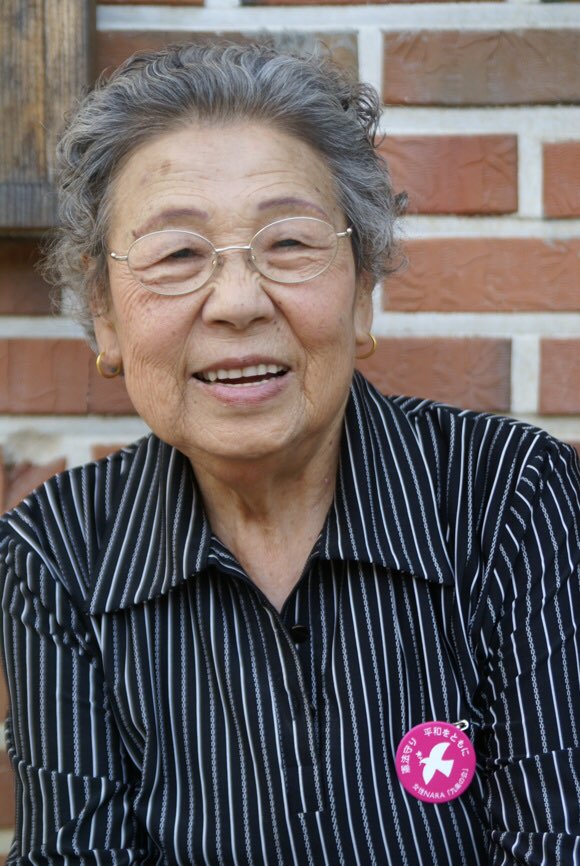 Kim Soon-Ok, a survivor of the Japanese military sexual slavery passed away on 5 December. Total surviving “Comfort Women” today is 26.

It is with our deepest sorrow that we inform you of that Soon-ok Kim has passed away on the morning of December 5, 2018.

2014 Participated in lawsuit against Park Yu-Ha, author of “Comfort Women of the Empire”

Since the age of 7, Soon-Ok Kim took jobs as a housekeeper or nanny due to her family’s difficult financial circumstances. When she was 20, she was deceived into taking a “factory job” in Heilongjiang Province, and was dragged to a Comfort Station upon her arrival. After liberation, she married a Chinese man as a means for survival,

To secure a living after the liberation, she married a Chinese man and settled in the city of Dongning, until in 2005, she recovered her Korean nationality and entered the House of Sharing with the help of Korea Chongshindae Institute. At the House of Sharing, she actively participated in the issue of Japanese Military Sexual Slavery, including attending the Weekly Wednesday demonstrations and sharing testimonies. In 2013, she participated in a civil moment which demanded proper compensation from the Japanese government. In addition, she participated in lawsuits to restore the honor of victims. Cases include lawsuit against Suzuki Nobuyo for the“Malteuk Terror” (Stakepost Terror) Incident, Japanese rock band “Scramble(桜乱舞流)” for libelous lyrics, and author Park Yu-Ha for her book “Comfort Women of the Empire” for defamation.